Tired of bulky hard copies? For a completely digital version you can view from any of your devices click Splitsin90days.com

If you’ve ever wanted to have a limber, flexible, and agile body but never made any real progress with other stretching and flexibility methods, then what I’m about to reveal to you will definitely make your day.

Years ago, I noticed that there were two types of flexibility: that which looks impressive but has no real function, and that which is so impressive your life is catapulted to a new destination.
In my life long study of fitness and martial arts, the people that I learned the most practical and functional information from were those old Japanese karate masters. During my travels and training, the same common traits kept popping up when I attended a class led by a Japanese teacher.

I thought I was pretty flexible, but after understanding the Secret which was right under my nose for so many years, my:

-back no longer ached,
-my hamstrings are super functional and limber,
-and my hips are lose and pain free.

Not only that but I can…

–DROP DOWN IN THE SPLITS at a seconds notice.
–Kick HEAD high with ease…without any preparation.
– Keep my body injury FREE with proven FLEXIBILITY SECRETS
–Can handle stress better than 99.9% of America
-And do all this without any warm up routine.

I’ve sparred with the late, great, Joe Lewis the father of American Kickboxing and earned a 7th Degree black belt under his system. I even went on to earn a black belt under the greatest kicker of all time, (besides me), Bill “Superfoot” Wallace. Even Wallace’s stretch routine didn’t include these high powered hidden Secrets that I kept seeing in my instructors from Japan and China. These guys didn’t do any warming up. They didn’t need to…they would be ready to deliver a death killing blow without any warm up or bend straight over and put their palms flat on the floor with their legs straight at a moment’s notice.

The fact they were so functional and flexible intrigued me beyond belief! On one hand I figured if you ever get attacked on the street and have to kick the crap out of some thug you’re not gonna have a chance to warm up. So I’m fine with having super freaky flexibility and not having to warm up.

Once I was at a seminar led by a top level Japanese instructor, HIdetaka Nishiyama Sensei. He was one of the last men to train with Gichin Funakoshi, who founded the Shotokan System. When I watch this old master get ready to do his stuff I saw the same Secrets I had seen only from those teachers.
Why isn’t anyone else picking up on this? I thought.

So I continued my path of training and competing. I won Two World Championships kickboxing, fought in some cool venues, at dinner with Chuck Norris, which was pretty cool, and taught martial arts full time.

During the latter part of my career as a fighter, I had a friend who owned a Chinese restaurant in town introduce me to at the time, an 85 year old Tai Chi master. This guy was the real deal. He had grown up in the Hunan province and studied with a Shoalin guy who was in the monastery for two decades. I figured out from the master’s grandson that in the late 20’s and 30’s the Shoalin would let people join their establishment for a 20 year stint or life. The 20 year stint was just to study the martial art side of their art.

In my small town this guy was a treasure, at least for me and my brother. For five years we’d travel to his house and do Tai Chi in his basement, until he was 90. Watching and working with this old master was a pleasure, my only regret is not going more. We learned many forms and Qi Gong exercises. Before every work out we did together this gray bearded master would prepare for class. Guess what I noticed. THE SECRET! It was a little variation from the Japanese version but it was there.

Once we were doing the FORM, and the OLD MASTER, decided to show us some applications. This guy was maybe five feet, four inches, he took his foot and kicked up toward my head, now I’m six feet, two inches, and slapped his hand together with his foot in front of my face. That day as we sat drinking HOT TEA after workout, as we did after each work out, I pondered the SECRET even more.

Fast forward to today. I’ve been teaching karate, kickboxing, and martial arts as my full time profession for over two decades now, rapidly approaching a quarter of a century. I get guys all the time that come in Stiff as a Board, follow my stretching in class and make some progress. Then when I show them the secret, the one detail that can CATAPULT their flexibility in as little as one session.
BAM! They break through that plateau and make major progress.

Joe, came to the dojo (school) in his late forties. He was 49 and holding he told me. He said he’d been stiff as a board since he had done all that heavy weight training in college. Well Joe listened to me and followed the plan verbatim and now he’s super flexible, pain free, and actually getting ready to celebrate another birthday. He’s well past that half century mark now and still as agile and flexible as ever.

I’ve had guys come in the next day after sharing the secret with them and say, “Hurricane, I actually feel better after going through that routine just one time. I feel 10 years younger already!”
It’s old hat to me now, and happens often, but the look on people’s faces when they come in to share their success story with me, about how they feel much better overall, their back doesn’t hurt any more, their hips don’t ache, keeps me energized to share the Secret with everyone.

I’ve decided now, at my students urging to write this thing down. I guess for hundreds of years all these karate masters kept it to themselves and only shared it with a select group. I may be the American who lets the cat out of the bag, but that’s okay. Being American is about blazing new trails and sharing ideas with others. Especially if they’re as beneficial as this.

Now you can have a copy of this closely guarded Secret. I’ll have you doing the Splitsin90days or my name isn’t HURRICANE HUDSON. This full color copy of the ancient secret is now written clearly in plain English, well maybe Southern English, and in case you have trouble with Southern English, I’ve put full color pictures right down the side for you to follow.

I’ve went way above and beyond the Call of Duty here. I’ve even took the time to get my video team to shoot a professionally shot version of the Secret Stretching System that’s taken Stiff as a Board middle aged men and made them loose as a goose high kicking fiends.

You can get the Splitsin90days full color Manual and the DVD instruction video that goes with it and you too can get the Secret that has changed so many people’s lives. This Secret should be worth millions. It took me over three decades of research and trial ‘n error to perfect so that the mere mortal could achieve super human flexibility without superhuman powers. I’ve spelled it out so simple even a forty something father of three can figure it out. You would think that such a LIFE Changing program would cost you hundreds of dollars, and really the value is immeasurable. How do you put a price on a PAIN FREE back or hip?

Just $49 gets you on the road to better flexibility fast. I’ve had students call me after applying the SECRET and say, “Man you orta bottle that secret up and sell it. You’d be a millionaire.”
Being a millionaire I’m sure is pretty cool, but if I can help you live a better, pain free life, then I’m okay. I look forward to checking on your progress and you telling me how glad you are that I did bottle up this Secret!

P.S. That’s right you get the uncensored full, NO Holds Barred, JAPANESE STRETCHING secret that HAS BEEN kept hidden for years until now. Splitsin90Days will be sent directly to your home for just $49. If in 90 Days you haven’t increased your flexibility by more than you ever thought possible, just send it back and I’ll give you your hard earned cash back. No Questions Asked!

P.S.S. Hurry…I may have some of those old school, traditional, free radical karate guys after me for letting this secret out of the bag. I could probably whoop one, but a herd of ‘em is gonna be difficult and if I’m not here, who’s gonna process your order?

P.S.S.S. With your order of Splitsin90days you’ll get a personal invitation to attend one of my HALF day SPLITSIN90DAYS WELLNESS and FLEXIBILITY WORKSHOPS, and I’ll apply a 20% discount to the tuition as a thank you for your confidence you’ve placed in me.

Tired of bulky hard copies? For a completely digital version you can view from any of your devices click Splitsin90days.com

There are no reviews yet.

Be the first to review “Splits in 90 days” Cancel reply 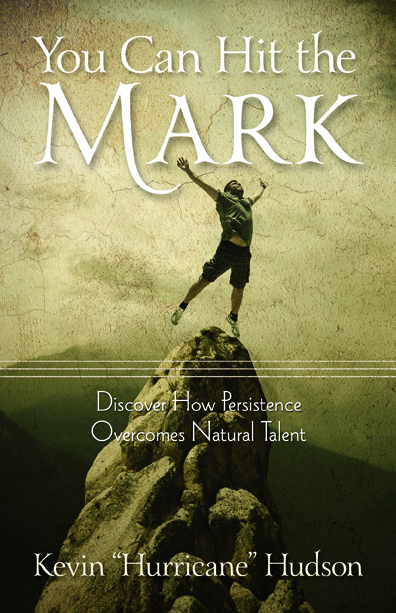 You Can Hit The Mark 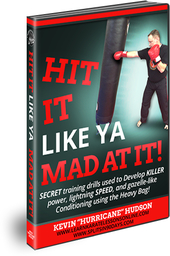 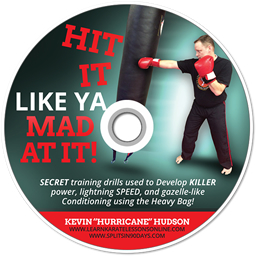